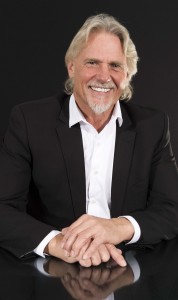 The ‘story’ of Bill Vis is both fascinating and inspiring. Bill’s tenacity and will to succeed can perhaps be partly attributed to his upbringing. The son of a resistance fighter during German occupied Holland, Bill immigrated with his parents to Australia in 1956.

A strong work ethic and a desire to ‘better himself’ drove Bill towards success. Like most entrepreneurs it wasn’t always an easy journey. His first job was at a local chicken hatchery; here he worked his way up to become area manager before a redundancy turned out to be a silver lining in a seemingly dull cloud.

Drive, vision and pursuit of excellence resides at the heart of what Bill does.

Bill took on self-improvement classes, including sales techniques, which eventually led him into a job selling vacuum cleaners door to door. His motivation and charismatic nature spurred Bill on to be very successful in this role – however, Bill’s ambitions were much greater than this.

While on a sales call in 1972, Bill noticed a contractor mowing the lawns of a nearby property. Bill recognised an opportunity and before long had started up his own lawns round by simply asking his existing sales prospects if they would like their lawns cared for. Soon Bill was making more money in just one day than the most successful vacuum cleaners sales people did in a week!

Not resting on his laurels, Bill purchased a small lawn mowing round that same year and commenced ‘Bill Vis Lawn Mowing Service’. Little did Bill realise at the time that this would be the catalyst to V.I.P. Home Services; which became the first company to franchise in the home services sector and propel Bill into Australian ‘franchising folklore’.

Before V.I.P. became the success it is today, Bill overcame many trials and tribulations and embarked upon various business ventures including owning and operating V.I.P. motors – he subsequently sold the car yard to his business partners at the time.

Bill’s innovative approach to business led V.I.P. to thrive. He introduced information technology to control customer databases and help him pioneer a sell back system that enabled rapid growth and resulted in better profitability for his franchisees.

Growth from strong branding and bold business decisions led to V.I.P. becoming an Australia wide operator in 1989 before extending its services to New Zealand in 1992. Many of the techniques Bill employed in his pursuit of business excellence have been replicated by competitors over the years – however, none have been bettered.

Bill remains a key figure in the franchising world and spearheads V.I.P.’s next chapters in business along with a multitude of other projects. Bill continuously evolves the way he goes about business, with his innovative methods continually adding value to the business. It’s clear that his drive, vision and pursuit of excellence is at the heart of what Bill does.